The present steel making process reducing iron ore is mainly the blast furnace method, where CO2 emission is inevitable because coal is used as a reducing agent. Accordingly, a process reducing iron ore with hydrogen is being developed for zero carbon steel making. However, there is a problem that hydrogen production at present is not renewable, such as using fossil fuel as a raw material or electric power generated by thermal power generation. Our company is challenging to develop the ultimate green hydrogen production technology that produces hydrogen from water using sunlight as an energy source, using "artificial photosynthesis technology" that utilizes photocatalysts.

a) Objectives in this challenge
Establish technology for producing large quantities of hydrogen at low cost by methods without CO2 emissions.
・ Target of photocatalyst performance: solar energy conversion efficiency> 3%

b) Issues to be overcome to realize the challenge
Most of the hydrogen currently used in the world are made from fossil fuels as raw materials, where even if using hydrogen is zero emission, producing it is not zero emission. One method of the zero emission hydrogen production is that using solar energy. For example, it has been attempted to produce hydrogen by electrolyzing water with electric power generated by sunlight, but it would be more energy efficient if hydrogen could be produced directly from sunlight.

c) Our strengths and specific actions
So far, we have been investigating a technology that uses artificial photosynthesis technology to electrolyze water and produce hydrogen with less electric power. The feature is that the photocatalyst changes iron ions from trivalent to divalent by solar energy, and hydrogen can be produced with about half the normal power using the energy potential of the divalent iron ions. We have developed a new photocatalyst and confirmed the world's top efficiency. This technology can also produce hydrogen at net zero using renewable power.
On the other hand, since this method requires external power and complicates the equipment, we have also started developing a technology to produce hydrogen by water splitting with only photocatalyst and solar energy. We are developing unique high-performance photocatalytic materials.
Our specific actions are followings: Improvement of the performance of photocatalyst, acquiring engineering data through scale-up development, and comprehensive feasibility study for commercialization including the supply chain such as facility location and supply. Our strength is a lot of know-how in designing and evaluating catalyst materials.

d) Quantitative effects when the challenge is realized
Reduce CO2 emissions by about 10 million tons by 2050
(Assumption: It is assumed that this technology will be applied to about 10% of the total hydrogen demand forecast in Japan in 2050, replacing the existing natural gas-derived hydrogen production process.) 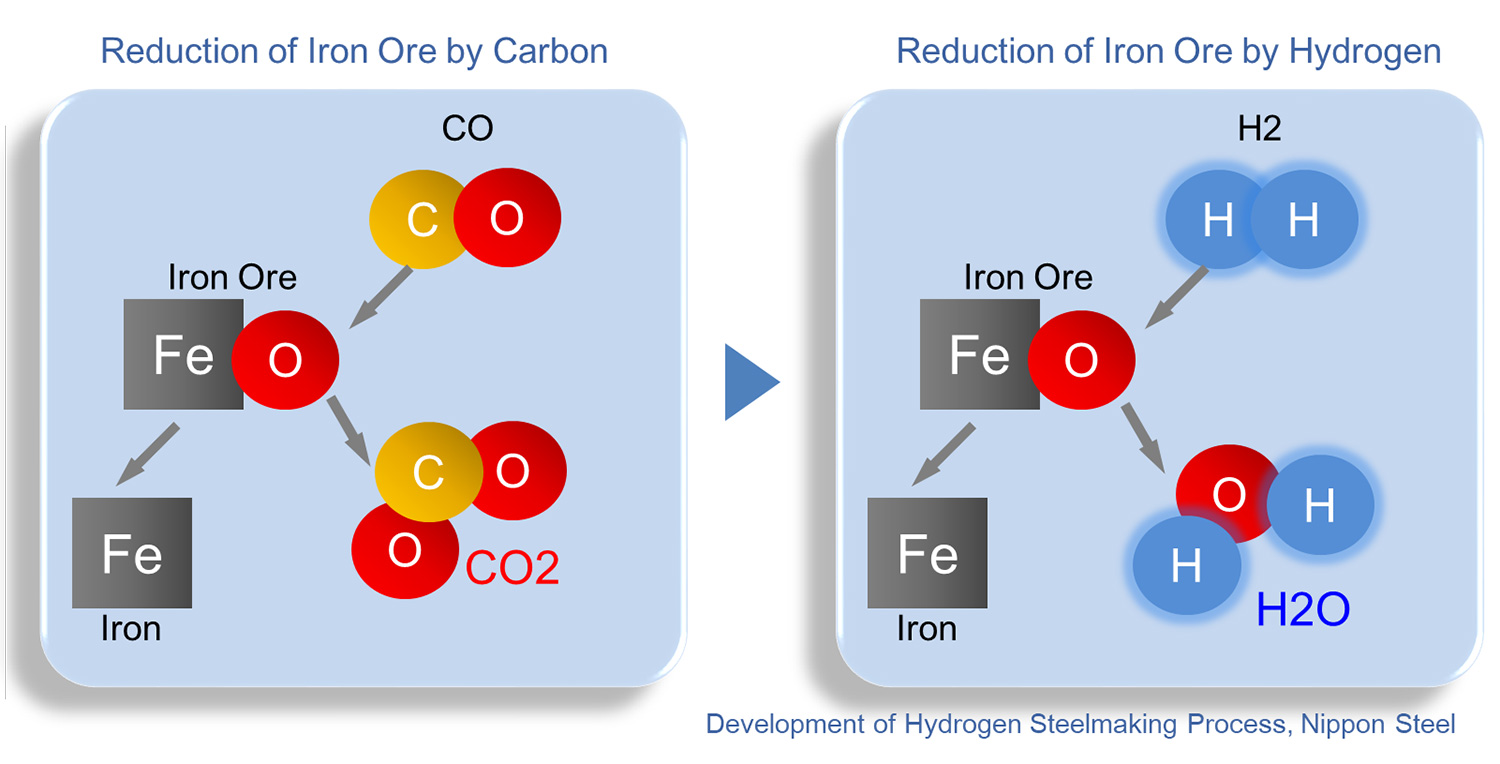