1. background purpose
1) Since methanol is used as an important basic raw material in various industries, stable demand is expected because it is hardly influenced by the economy of a particular industry.
2) Recover CO2 emitted from refineries and convert CO2 into methanol to reduce CO2 emissions and recycle CO2 as valuable resources.
3) The purpose of this study is to verify the overall operation characteristics of a methanol production plant that integrates the components and demonstrate the supply chain of carbon recycled methanol.

1. background
Technology (CCUS) that separates and captures CO2 emitted from refineries, etc., and stores or effectively uses can be a key to reducing CO2 emissions from refineries to zero.
In the `` CCS R & D and Demonstration-Related Business / CCS Large-Scale Demonstration Test in Tomakomai '', injection of separated and captured CO2 into a reservoir under the seabed off Tomakomai was started in April 2016, and CO2 injection was completed in November 2019, due to the achievement of 300,000 tons. The plant was shut down, and R & D and demonstration tests aimed at early commercialization of CCS technology were completed.

Therefore, in the future, technologies related to CCUS aiming to further expand research and development include existing CCS equipment that separates and captures CO2 from gas discharged from refineries and stores it underground, and methanol that is used at CO2 storage points. For carbon recycling technologies that make effective use of CO2, such as the synthesis of key substances, the basic design that takes into account the interaction of the entire plant, the evaluation of the characteristics of each component, the economic evaluation, and the peripheral technology survey will be conducted.

Evaluate the applicability of the catalyst under pressure and temperature conditions assuming a system for synthesizing basic substances such as methanol as carbon recycling.

In addition, by conducting related peripheral technology surveys in Japan and overseas, the business prospects for the effective use of CO2 by synthesis of chemical basic substances such as methanol in Tomakomai will be examined.

4. Our involvement
Supply of raw material gas and electricity 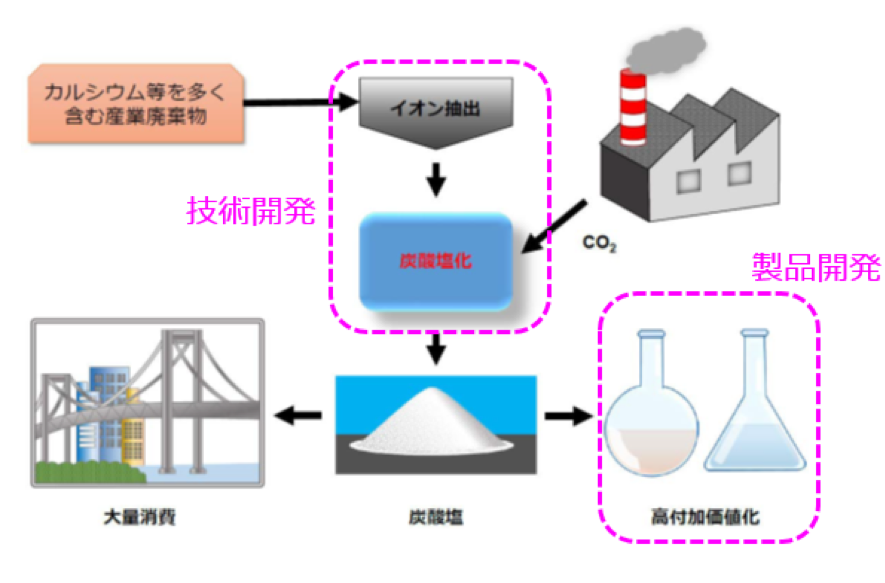 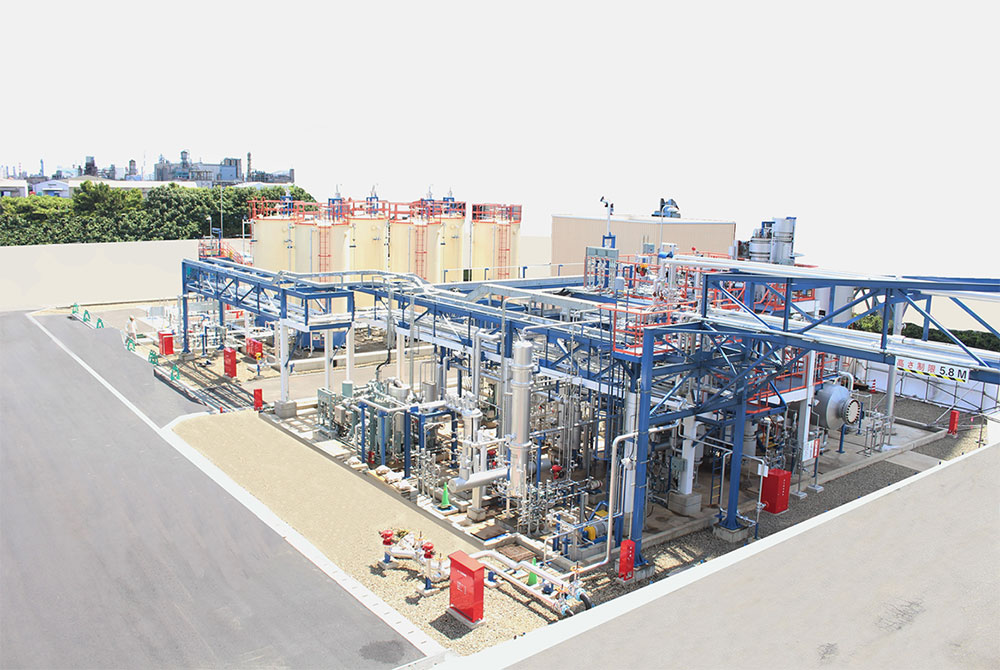