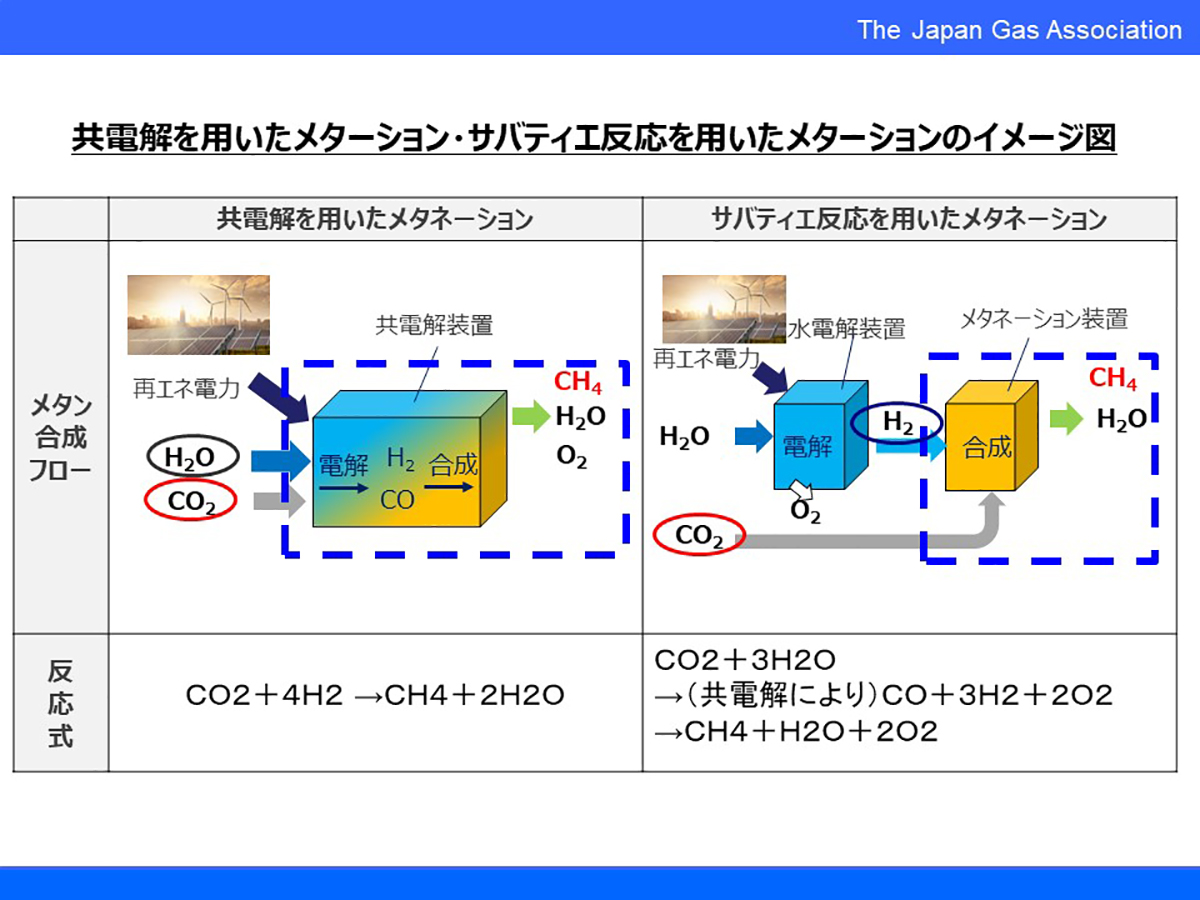 The city gas industry will contribute to Japan’s global warming countermeasures and the 2030 target in the long-term prospect of electricity demand, by shifting natural gas and promoting low carbonization on the demand side with such as high-level usages of natural gas, in the short to medium-term. In the medium to long term, we will take on the challenge of further low-carbonization and decarbonization through innovations such as methanation technologies.

Methanation technologies is a carbon recycling technology that produces methane, which is the main raw material for city gas based on carbon dioxide. Additionally, they are expected to be a technology of decarbonization suppressing social costs by utilizing existing city gas infrastructure and consumer-side facilities.

The Japan Gas Association is particularly engaged in "methanation using co-electrolytic technology" and "methanation by Sabatier reaction". Although the former has many challenges for practical use, it is expected as a highly efficient methanation technology, and we actively engaged in basic research. On the other hand, basic technology for the latter has been established and The Japan Gas Association will contribute to the progress of them through Organization for Carbon Capture & Release, which is also involved in some businesses conducting demonstration tests of the them.

Methanation technologies are described in "Japan’s Long-term Strategy under the Paris Agreement" Methane generated by methanation technology is the main raw material for city gas. Because it utilizes existing LNG/city gas infrastructure and consumer facilities, this technology is expected to reduce greenhouse gas and lead to decarbonization while suppressing social costs. The Japan Gas Association is working on "methanation using co-electrolytic technology" and "methanation by Sabatier reaction".

・ Since methanation using co-electrolytic technology require small electrical energy for electrolysis and it can utilize heat generated during electrolysis, it has the high energy conversion efficiency. Further it does not require the distribution of hydrogen because the storage and transport of hydrogen is not necessary.

・ In this way, methanation using co-electrolytic technology is very high efficiency in theory and it has many advantages. But it is still in a basic research stage, and it has many technical problems to be solved.

・ Therefore, the Japan Gas Association has begun to work on basic research in cooperation with universities. Specifically, we have summarized efficiency, cost, and technical issues of "methanation using co-electrolytic technology" and "methanation by Sabatier reaction".

・ In the future, we will clarify the conditions of the elemental technologies necessary for the realization of the system and examine the possibility of achievement of them. We also consider of confirming the feasibility of the conditions clarified in experimental laboratory.

・ We are working on basic technology development and research to realize demonstration tests, aimed at commercialization of "methanation using co-electrolytic technology " in the 2040s.

・ As described in the "Japan’s Long-term Strategy under the Paris Agreement", it is expected that the decarbonization of the city gas will proceed by synthesizing methane with CO2-free hydrogen generated with surplus renewable energy and recovered CO2.

・ Although the basic technology for this "methanation by Sabatier reaction" has been established, there is a problem such as the use of heat generated during the reaction, the development of high durability catalyst, design of reactor (optimal shape), and compacting of the device.

・ Regarding this "methanation by Sabatier reaction", the Japan Gas Association plays a leading role in Organization for Carbon Capture & Release which involves some businesses conducting demonstration tests. We created roadmap of technology development and contribute to large scale implementation in the future. 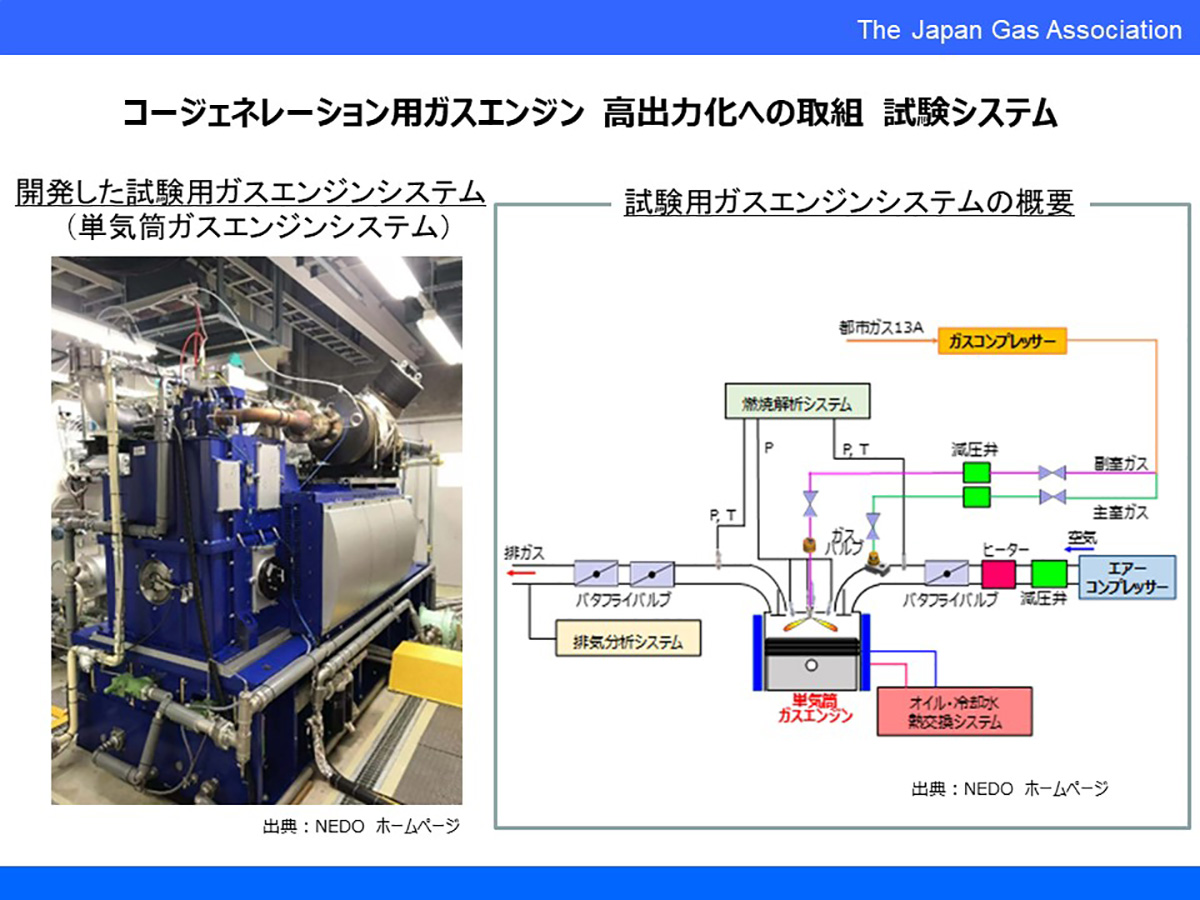 Development of co-generation systems and fuel cells for high efficiency 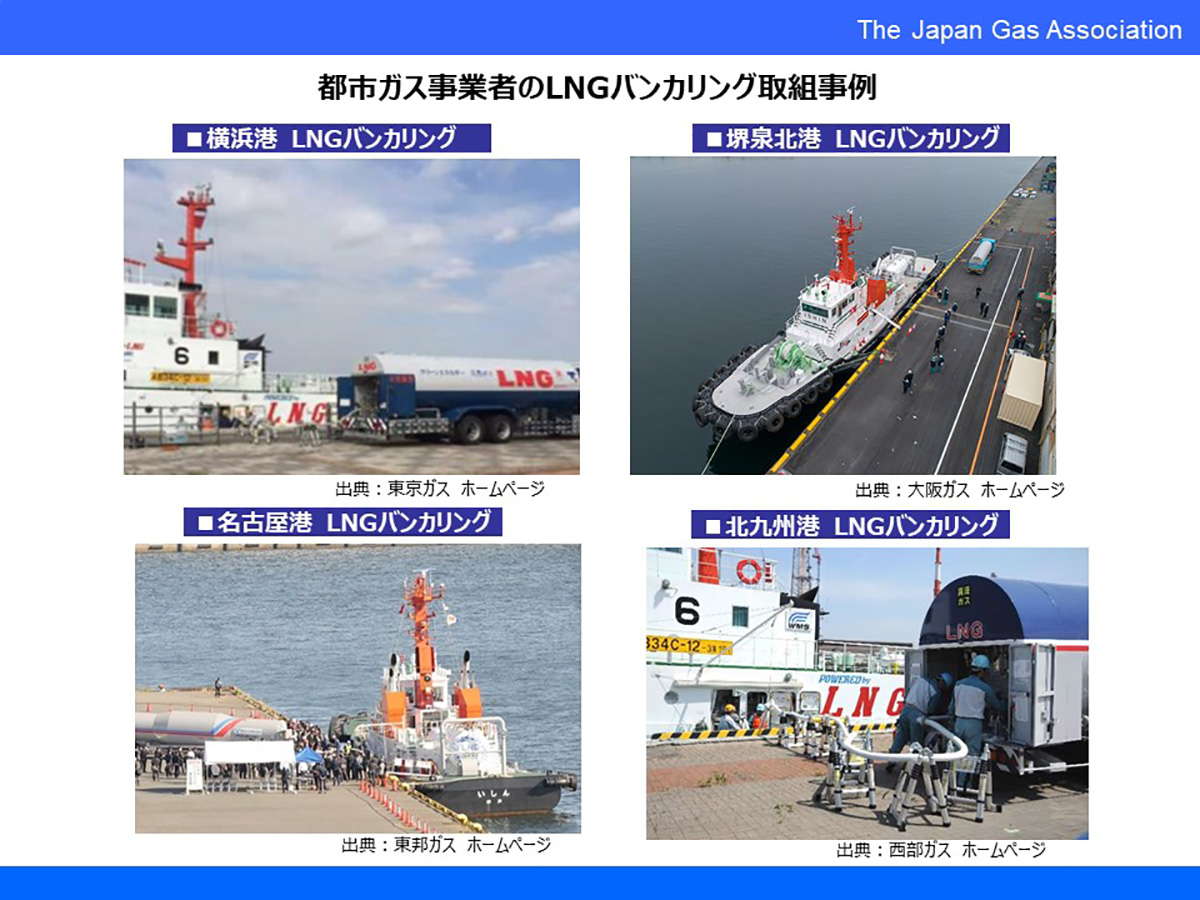 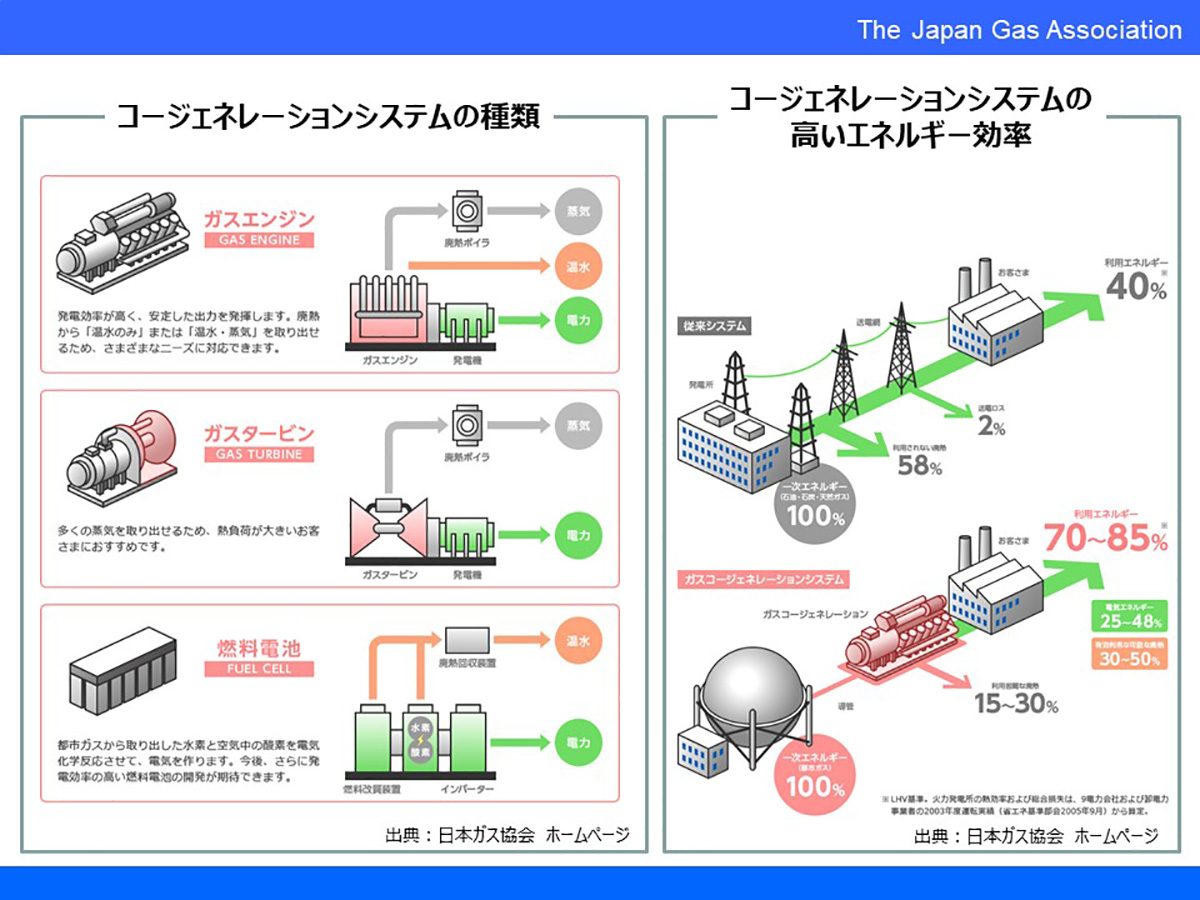