Aiming for zero emissions by 2050

The JAL Group recognizes that climate change is one of the most important social issues,  and is steadily working to reduce CO₂ emissions as a part of its corporate responsibility. In the aviation industry, in 2010, the International Civil Aviation Organization (ICAO) mandated that "fuel efficiency must be improved by 2% annually" and "total CO₂ emissions from international aviation must not increase after 2020". Additionally, at the general assembly convened in 2016, the Carbon Offsetting and Reduction Scheme for International Aviation (CORSIA), which mandate airlines operating international flights to purchase CO₂ emission credits for any excess CO₂ emissions in 2019, from 2021 onwards, was adopted, as part of our ongoing efforts to address climate change. JAL Group has announced a new long-term goal of "Zero CO₂ emissions," which aims to achieve virtually zero CO₂ emissions by 2050, in June 2020. In order to achieve this goal, we will strive to reduce CO₂ emissions with the following four main pillars: ‘Upgrading to fuel-efficient aircraft’, ‘Promotion of the development and utilization of Sustainable Aviation Fuels’, ‘Efforts to reduce CO₂ emissions in daily operations’ and ‘Dealing with emissions trading’.

Specific initiatives are as follows;

The JAL Group is upgrading its fleet to more fuel-efficient aircraft to reduce its environmental impact. In September 2019, the Airbus A350 was introduced on our domestic routes, and the Boeing 787, which had been in service on international routes since 2012, entered service on domestic routes in October 2019. These aircraft are fuel-efficient and low-noise, and can reduce CO₂ emissions by 15-25% compared to existing aircrafts. JAL Group will continue to systematically upgrade its fleet to newer aircraft in the future.

Promotion of the development and utilization of Sustainable Aviation Fuel

The aviation industry has been working to reduce CO₂ emissions from the perspective of reducing fuel consumption, but in order to further reduce emissions in the future, we need to change the quality of the fuels we use. The development and practical application of Sustainable Aviation Fuel (hereafter, SAF.) are being promoted in Europe, the U.S. and other countries around the world, and it is expected that they will be widely used after 2030. Amidst such trends, JAL Group, in order to become the leading airline in the use of SAF, is promoting the use of SAF for scheduled flights and cooperation with stakeholders for active investment and practical application. Specifically, in 2009, we conducted Asia's first test flight using SAF made from non-edible raw materials, and in November 2017, we operated our own SAF flights from Chicago O'Hare International Airport to Narita Airport, and in January 2019, from San Francisco International Airport to Haneda Airport. And since June 2019, upon receipt of the Airbus A350 aircraft, we have used SAF for delivery flights from the Airbus’ plant in Toulouse, France, to Haneda Airport.

As for our investment in SAF, in September 2018, JAL Group, together with Japan Overseas Infrastructure Investment Corporation for Transport & Urban Development and Marubeni Corporation, acquired a part of the shares of Fulcrum BioEnergy, Inc. ("Fulcrum") located in California, USA. This was the first investment by a Japanese company in a general waste-based SAF manufacturing business. Fulcrum has been developing a process to produce SAF from general waste that is normally disposed in landfills. The production technology has also been certified to fuel standards by ASTM International, an international standardization and setting organization. Its first production plant is currently under construction in Nevada and is expected to be completed by the end of 2020 in Japanese fiscal year. The company is one of the most feasible companies in terms of mass production of SAF, with plans for multiple plants in the future, including an announcement of plans for construction in Indiana. Therefore, JAL Group will strengthen its relationship with Fulcrum and promote the usage of SAF supplied by Fulcrum, mainly on flights departing from North America, in order to reduce CO₂ emissions.

As part of its efforts to introduce domestic SAF, the Japanese government established the " Committee for the Introduction of Bio Jet Fuel for the 2020 Olympic and Paralympic Games in Tokyo" (Committee), and as a member of the Committee for the introduction of domestic SAF in 2030 As a member of Japan, we are contributing to the development of the supply chain, from manufacturing to use, by connecting various stakeholders with the aim of spreading the use of SAF. As part of this effort, in October 2018 we launched a project to produce domestic SAF using cotton from clothing collected throughout Japan and succeeded in late March 2020. Although commercialization of SAF is progressing worldwide, this is the very first production of domestic SAF. In this project, about 50 companies cooperated and approximately 250,000 garments were collected across the country over the course of three months in 2018. Starting in January 2019, JAL worked with Green Earth Institute Corporation, a bio-venture company, to produce bio-jet fuel from the gathered garments (cotton) using a bioprocess developed by the Global Environment Industry Technology Research Organization. This success enabled to prove the feasibility of domestic technology in producing SAF.

In addition, from February 2020, we have started a feasibility study on SAF production and sales in Japan through the use of industrial and municipal waste, including plastic waste with Marubeni Corporation, ENEOS Corporation, JGC Japan Corporation, Taisei Corporation and TAKEEI CORPORATION. Based on the results of this joint study, all parties will aim to install demonstration equipment and conduct tests in the early 2020s, and start construction of commercial equipment around 2025.

In day-to-day operations, on the premise of maintaining safe operations, each workplace implements a variety of measures to improve the situation, such as eco-flight initiatives through ingenuity in timing and selection of operations by flight crews during operations, as well as reducing the weight of the aircraft in operation and improving fuel efficiency through regular engine cleaning. By monitoring and sharing progress internally, we promote a PDCA cycle to reduce CO₂ emissions across the organization. In addition, we will introduce new technologies and methods to further reduce emissions, such as by adapting to a global, next-generation control system and building a system that enables a daily review of fuel consumption based on flight performance data.

Under these four pillars, the JAL Group will boldly take on the challenge of achieving virtually zero CO₂ emissions by 2050, by proactively introducing new technologies through collaboration with stakeholders, including those in other industries. 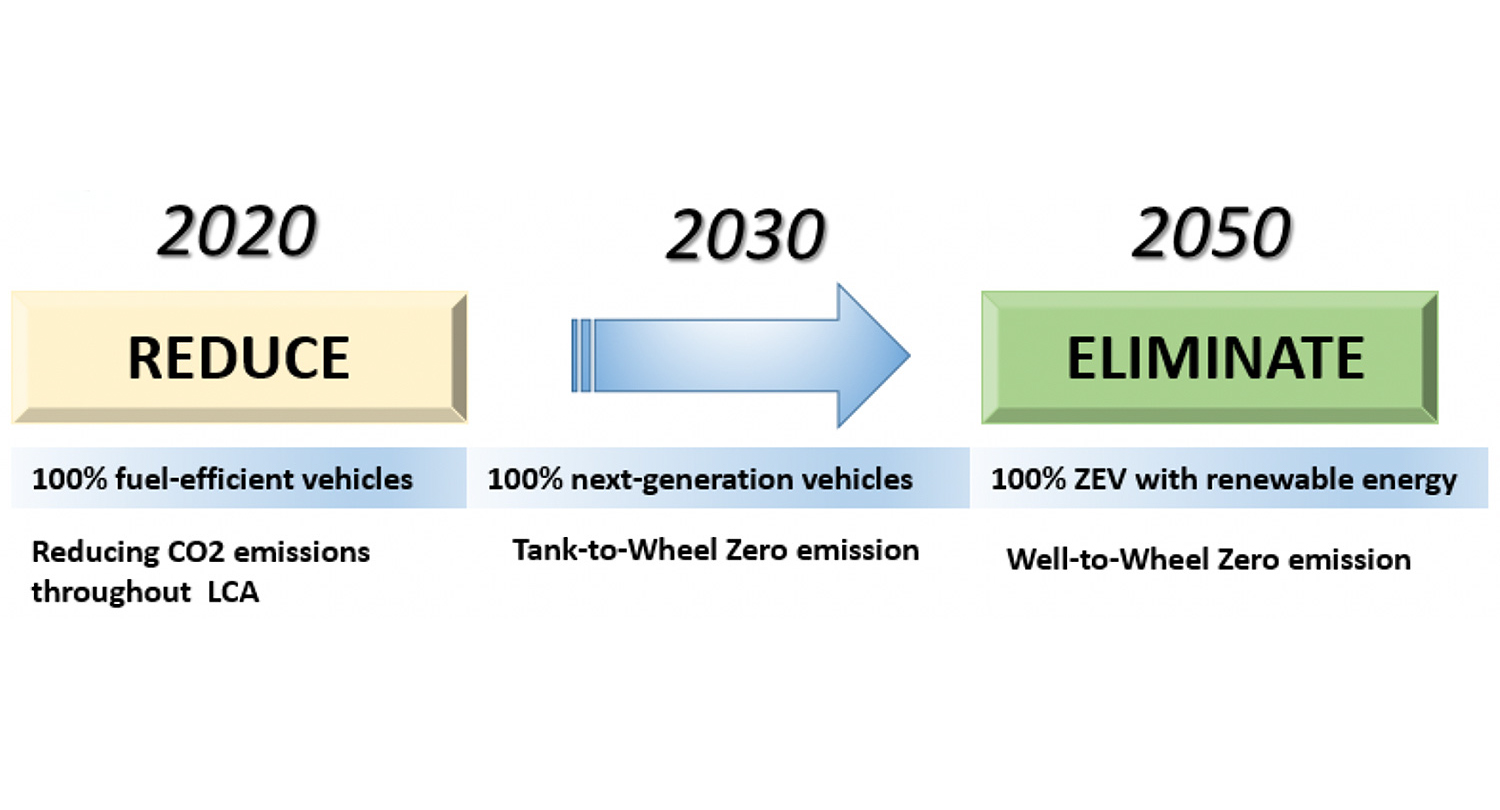 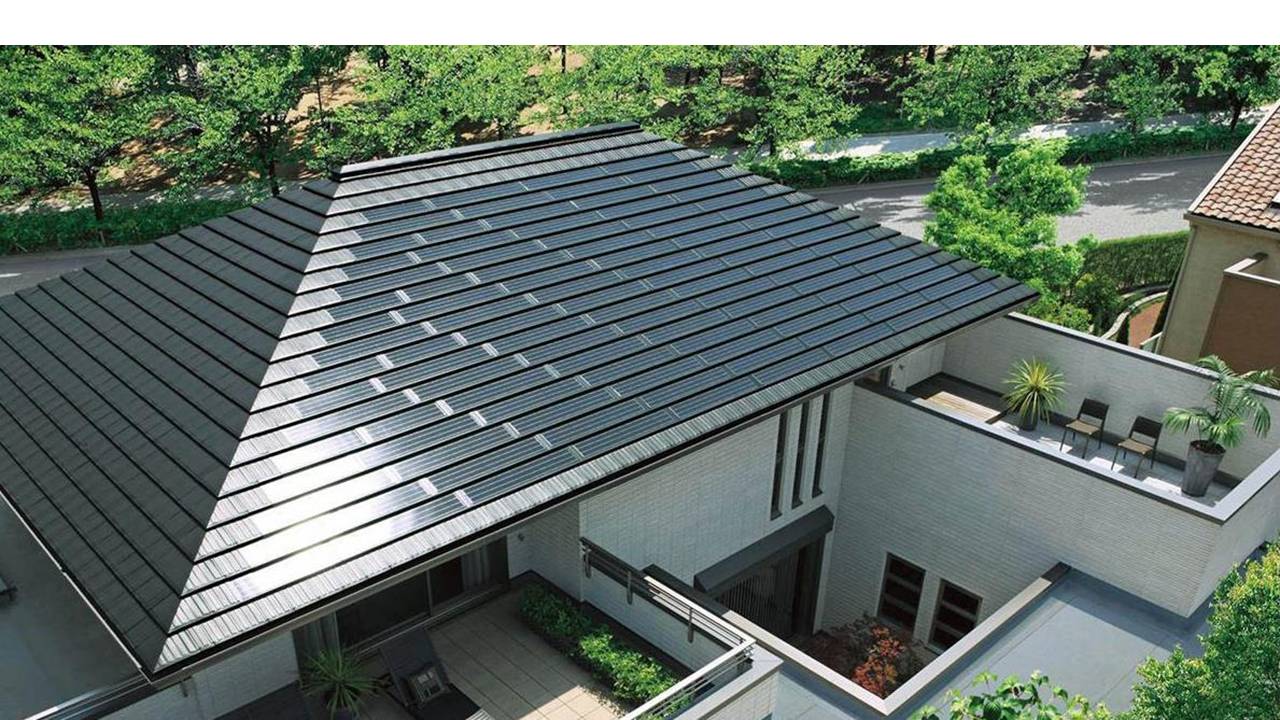 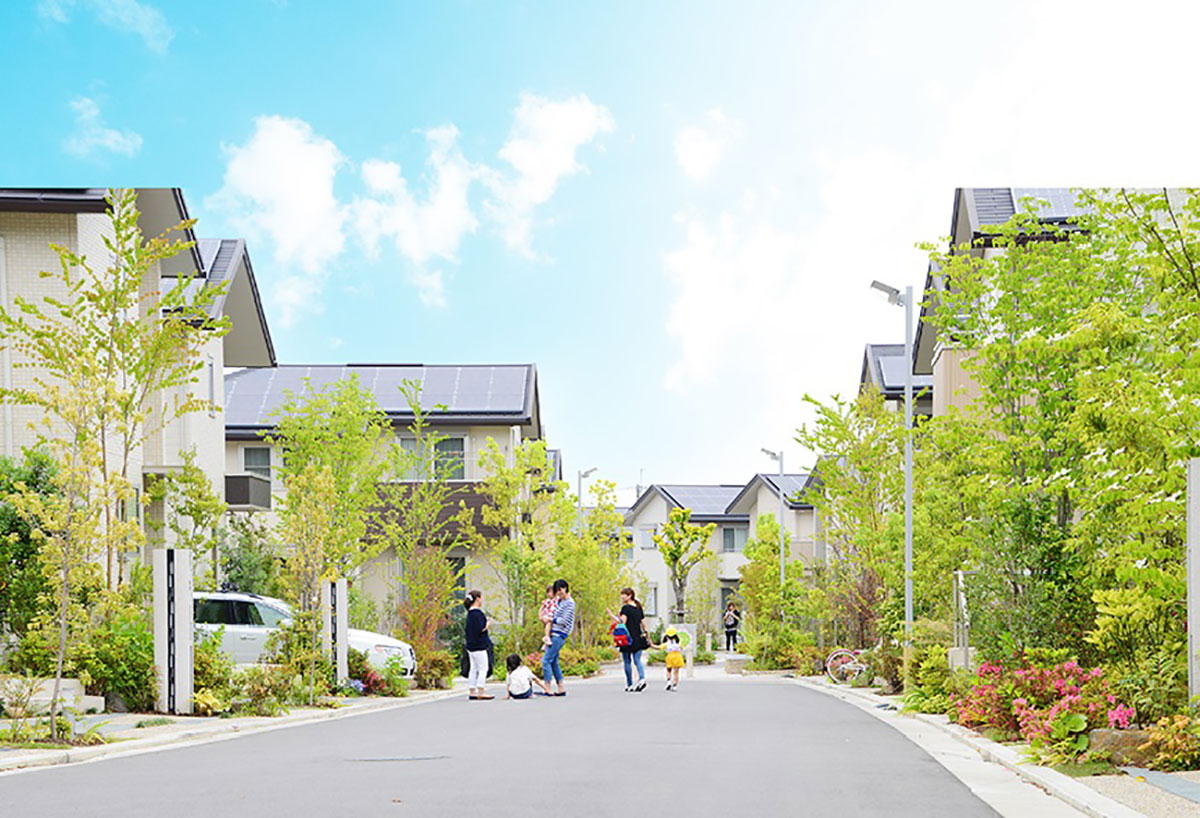 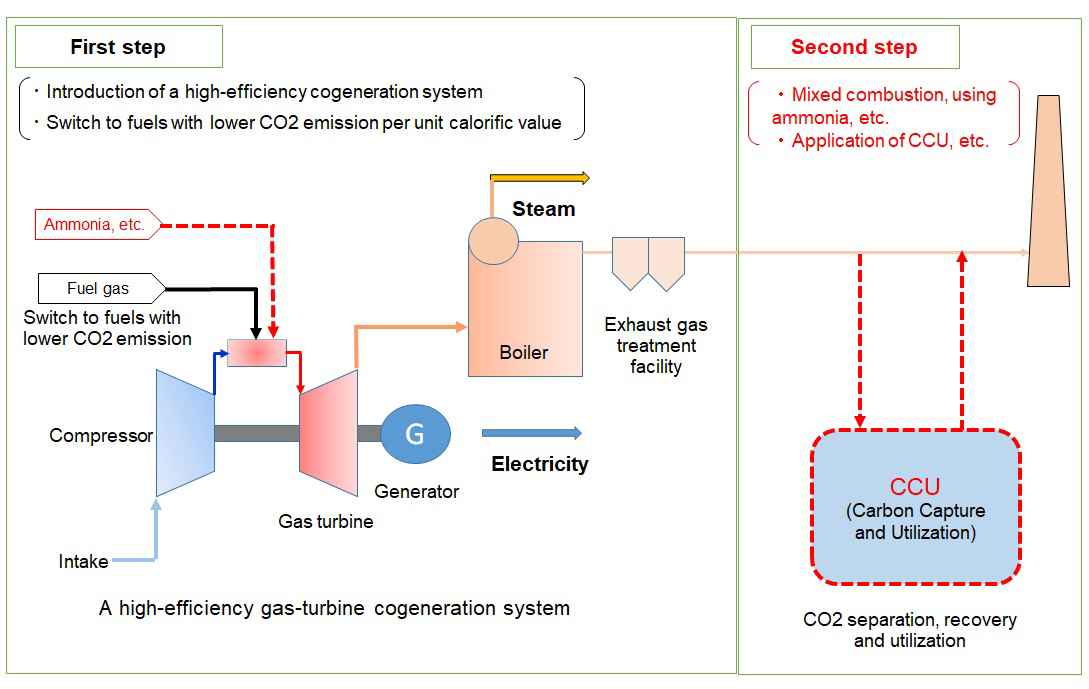