In November 2015, Sumitomo Mitsui Banking Corporation (“SMBC”) participated in the “Mirai Creation Fund” as a seed investor together with Toyota Motor Corporation. The fund was established by SPARX Group Co., Ltd. and aims to encourage innovation and support the spread of advanced technologies for future generations. AI, robotics and technologies to accomplish a hydrogen-based society are positioned as the core areas for the fund, and it has invested in companies and projects possessing or involving such innovative technologies. (As for hydrogen, the target scope includes investments in both of companies and infrastructure projects relating to production, supply or use of hydrogen.) In addition to the “Mirai Creation Fund” mentioned above, SMBC made an investment to a second fund or the “Mirai Creation Fund II” (collectively, the “Funds”) in July 2018, again as a seed investor, which additionally covers “electrification” and “new materials” as the new areas.
Also, in March 2020, SMBC, taking a secretariat role, has participated to the “Hydrogen Utilization Study Group in Chubu”, aiming for demand creation of hydrogen and building a stable supply chain in the Chubu region. Through the activities of the group, SMBC supports realizing a “Hydrogen-based Society” as a financial institution and will continue to work toward the achievement of a sustainable low-carbon society.

1.Supporting companies possessing technologies that can contribute to accomplish a hydrogen-based society through the Funds
Businesses are summarized below for hydrogen related investments (based on the disclosed information as of the date of each investment). Through such investments, SMBC supports companies and businesses pursuing the challenges for the environmental issues and new technology development, while contributing to the acceleration of the innovation towards the realization of a low-carbon society and endeavoring to build a finance mechanism for it.

Exergy Power Systems
• Exergy is a venture company of energy storage area with a unique technology portfolio in the hybrid-hydrogen battery and hydrogen production areas, which was founded as a Tokyo University venture in 2011. The company has already successfully developed a hybrid hydrogen battery combining nickel-hydrogen battery and hydrogen gas cell, and the battery has achieved both fast charge and discharge characteristics and durability. The company is currently developing extremely efficient hydrogen electrolysis technology (in terms of the world standard) which is expected to be a major step towards the realization of a hydrogen society.

FLOSFIA
• Founded in 2011, FLOSFIA is engaged in power devices business and thin film deposition solution business that develops a unique Mist Dry™ method, based on the mist CVD method which was invented by Kyoto University. Power devices business aim that mass production of a-Ga2O3 power semiconductor which is expected as a next generation semiconductor with low-cost and low-loss power. As for thin film deposition solution business, using the Mist Dry™ method, a groundbreaking technique for synthesizing several types of thin high-quality films that provide superb coating, FLOSFIA proposes services to research and development divisions and business divisions in various companies.

Meijo Nano Carbon
・Meijo Nano Carbon -founded in 2005- is a spin-off of Meijo University. The firm has developed the world's only method for mass producing highly pure and highly crystalline SWNTs. These SWNTs feature far greater conductivity and less weight than other conductive carbon materials. Researchers have used SWNTs as part of their R&D in the aviation, automobile, and petrochemical materials industries, and this material continues to garner attention as a potential replacement for much heavier copper. Osaka Soda Co., Ltd, is a mass production partner and the firm is working on industrialization that effectively utilizes by-product hydrogen gas generated during caustic soda production.

Japan H2 Mobility (JHyM)
・As the operator of hydrogen station network following the national “Basic Hydrogen Strategy”, JHyM was established in February 2018. It is aiming to spread hydrogen stations nationwide in Japan.

2. Identifying challenges towards the realization of a hydrogen-based society through the “Hydrogen Utilization Study Group in Chubu”
In the “Strategic Roadmap for Hydrogen and Fuel Cells” (“Roadmap”) formulated by the Japanese government, a plan was set to develop its commercial-scale and international hydrogen supply chain to procure 300,000 tons of hydrogen annually by around 2030. Regarding hydrogen production and the supply sector, innovative technologies for social implementation have been executed by various groups of companies. Meanwhile, in the demand side, studies on large-scale hydrogen utilization presently stay being carried out by individual companies. In response to this situation and to realize the social implementation of hydrogen, a cross-industry group has been established, focusing on the Chubu region as a first step, which launched a study to take action for creating the large-scale hydrogen demand in collaboration with hydrogen suppliers.
This group aims for social implementation in the mid-2020s, as a stepping stone, to achieve the Roadmap’s plan of “300,000 tons of hydrogen annually by around 2030.”
▽Conducting a study of hydrogen demand scoping from the hydrogen receiving terminals to end users in the Chubu region based on the presumption of large-scale hydrogen transport from overseas.
▽Estimating the potential demand of hydrogen in the entire Chubu region, such as in the power generation and oil industries, and in mobility.
▽Conducting studies of sustainable hydrogen cost for each industry.
▽Clarifying the bottleneck on the technical, financial and legal frameworks to realize its business models that will lead to social implementation. 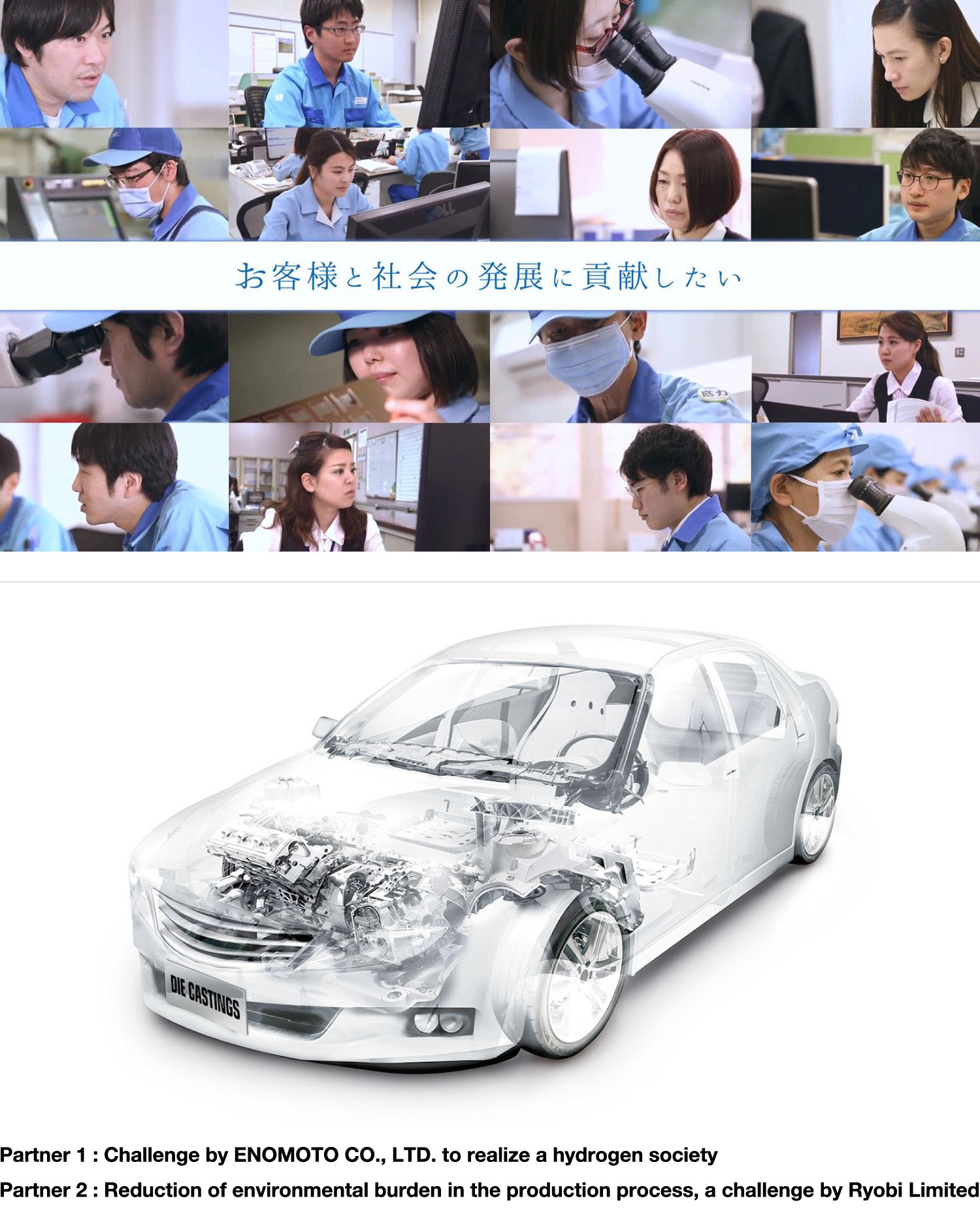 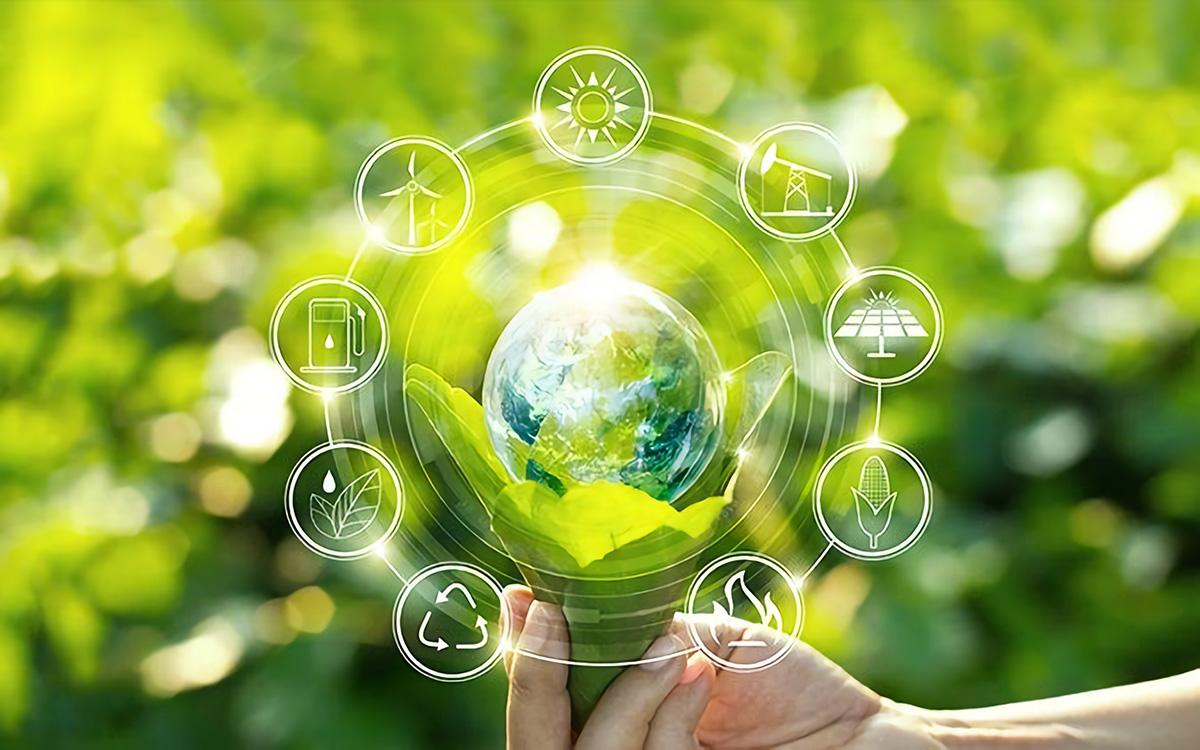 Contribution to a decarbonized society through Positive Impact Finance 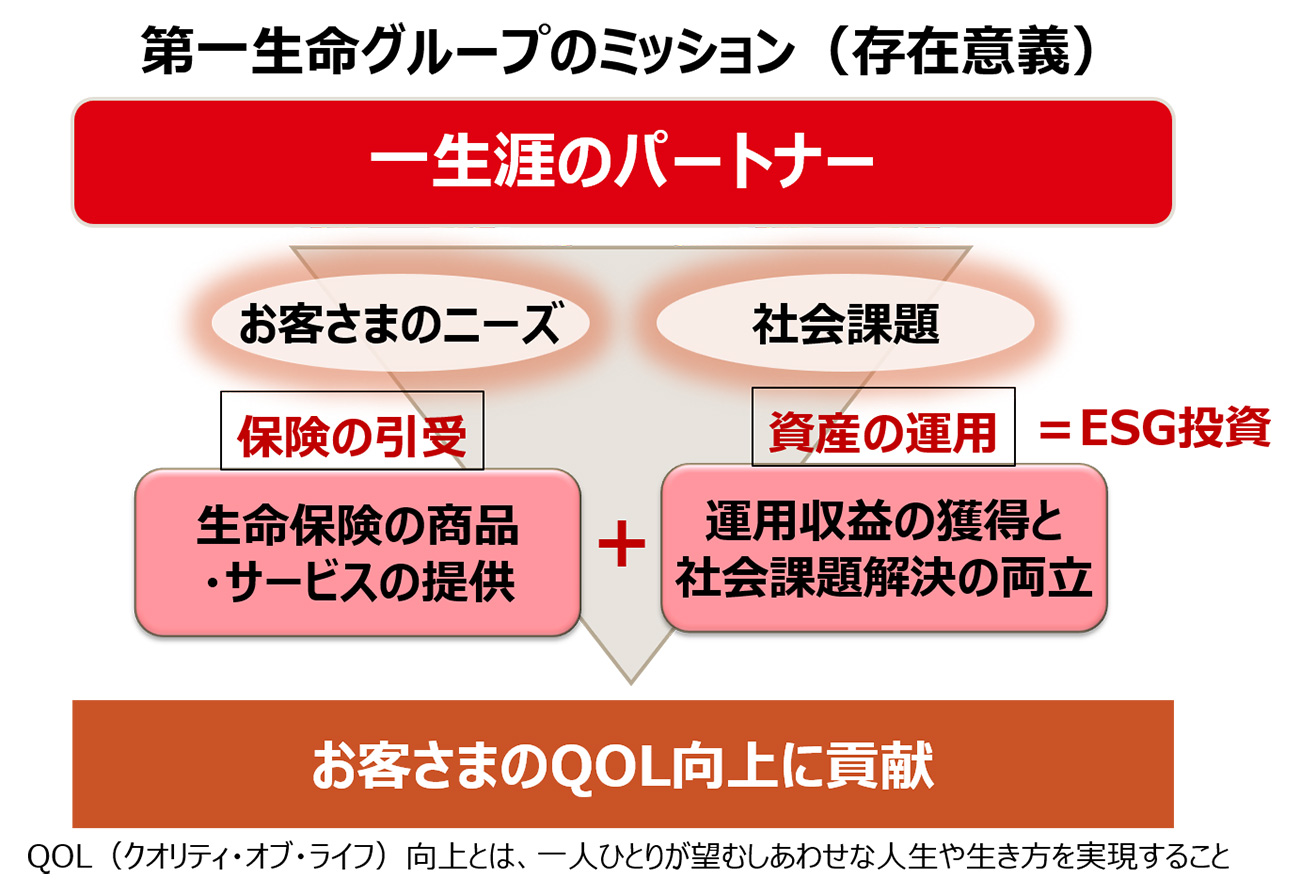 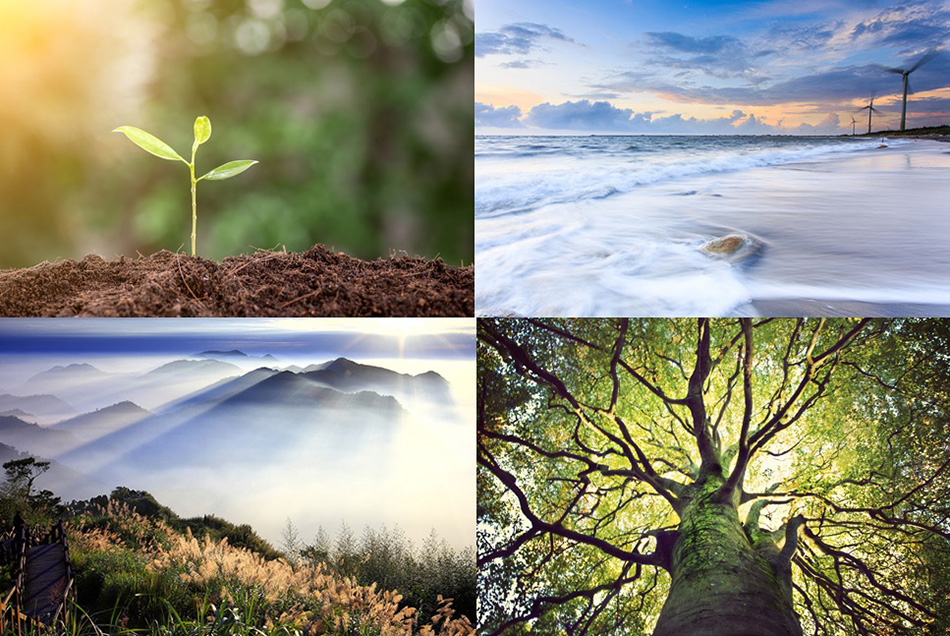 Launch of the New Index for SDG Bonds 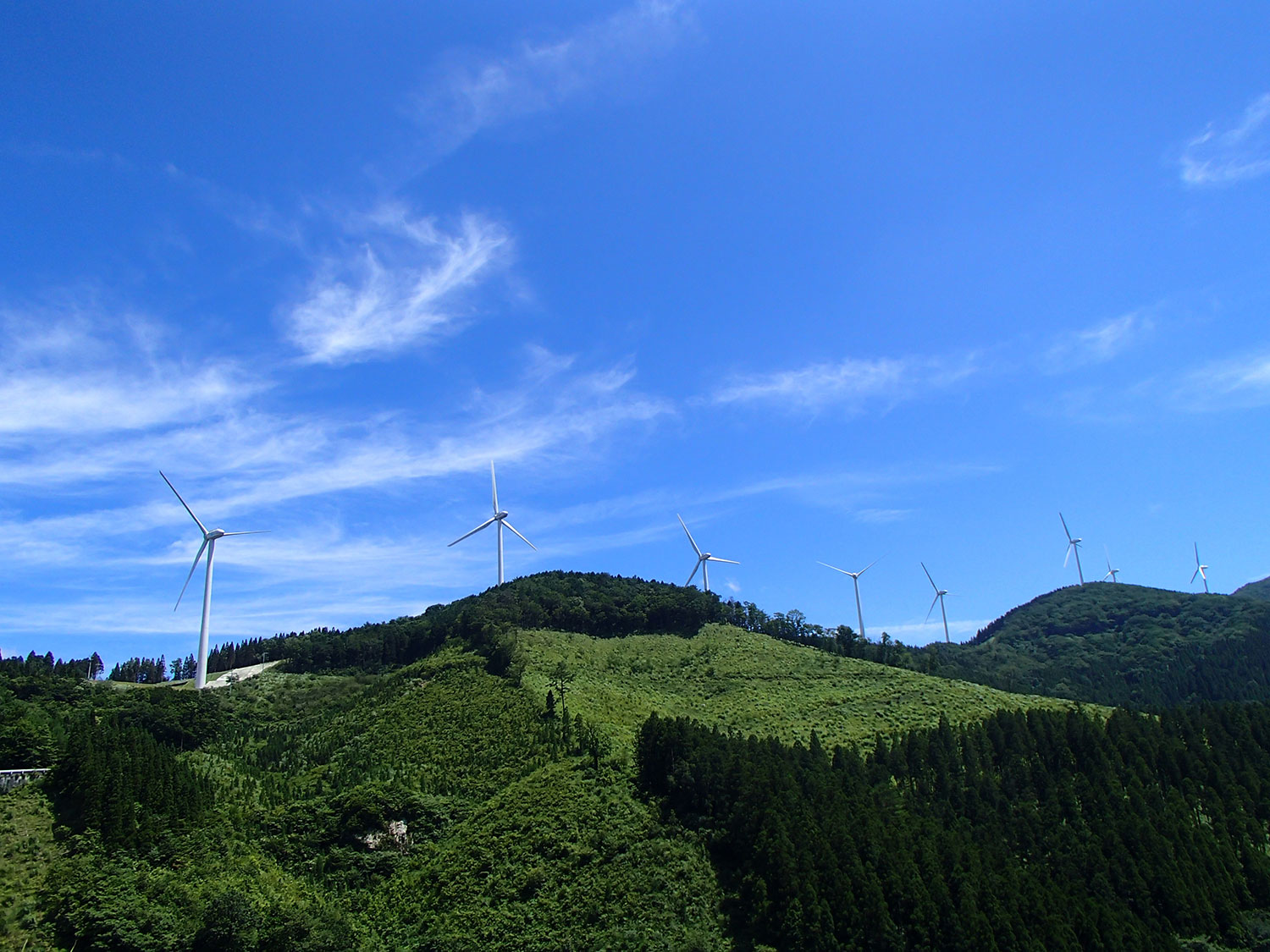